The divorce process is lengthy and time-consuming. A divorcing couple may have to wait a long time before a judge makes their decision on child custody, support, and visitation. However, the couple may decide on a temporary custody arrangement while waiting for the court’s determination. Both parties should consult with their own child custody lawyers before reaching a related agreement with each other.

This option may be beneficial for a couple making an amicable split. They can continue living in the same house together while divorce proceedings are ongoing, with one spouse staying in a separate room or on the couch. With this type of living arrangement, there is no custody dispute and it is unnecessary to come up with a temporary custody arrangement. Children can live with both parents until the divorce is finalized in court and the judge makes a decision.

Parents can also negotiate with each other and come up with a shared parenting agreement on child custody and visitation. When such arrangements are made, there should be some form of evidence (e.g. emails, texts) that documents exactly what was agreed upon. This way, a divorcing couple can live apart without either of them having to compromise or risk their child custody rights.

Without a court order, if a spouse moves out of a shared family residence, they are relinquishing their right to child custody. De facto custody refers to an arrangement where the spouse that remains at home with the children is given full custody during the period before divorce proceedings are finished.

A spouse may find it difficult to gain custody and visitation rights in court later on if they give de facto custody to the other spouse. The judge normally considers a child’s best interests in a determination of child custody. Staying in the shared residence is a demonstration of consistency. A judge likely finds children are better suited in this type of home and with this parent. It also becomes more difficult for the parent who voluntarily gave up custody to argue the other spouse is an unfit parent. 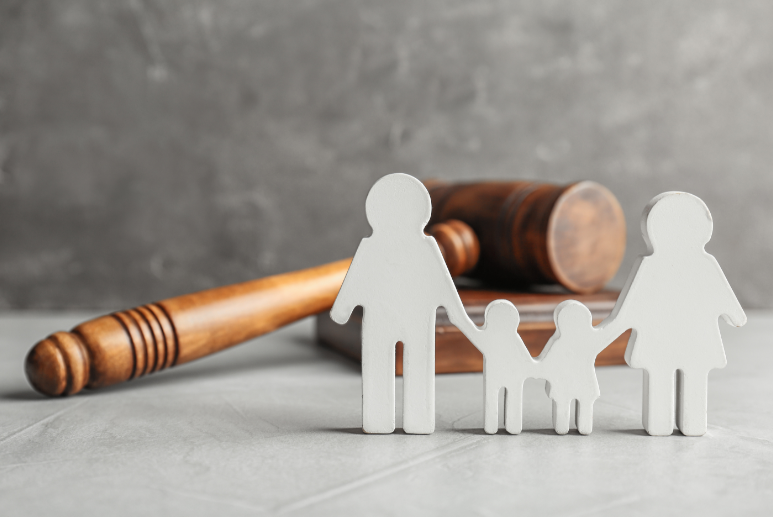 Spouses can file for a temporary custody order with the court if they are unable to voluntarily come to a custody arrangement. The judge’s decision should be followed until the conclusion of a divorce proceeding.

Either spouse can file this order once a divorce petition is submitted. During the hearing, both spouses air out their concerns and issues when it comes to custody and parenting. The judge may come to an immediate decision on an arrangement.

A parent that wants to remain involved in their child’s life should not move out of a shared home without a temporary custody order or a voluntarily agreed upon arrangement. Otherwise, a de facto custody arrangement will be given in favor of the other spouse. They should also not be giving the judge any reason to doubt their ability to be a good parent. Reckless and impulsive behavior, for instance, can damage credibility and reduce one’s chances of getting custody and visitation rights.

In addition, a spouse should not move out with their children unless it is a case of domestic violence or they have a court order allowing them to do so. This behavior can be considered a criminal charge of kidnapping. It can also damage reputation in court and make the judge see them as unreliable or untrustworthy.

Parents should be careful when making child custody arrangements before a divorce process finishes. They could influence the judge’s decision later on or damage their credibility in court.