The limited-edition book, which will only have a thousand copies, launched last week on New York Fashion Week’s opening night and opened the discussion on embracing nudity as a form of empowerment. Some of the photos were displayed during the launch exhibit.

And that’s where the confusion begins.

Leaked nude photos are a scandal that many have seen before: a woman feels comfortable in her skin and proud of her body, only to be punished for it because of someone else’s actions. It can happen to both celebrities and everyday women.

Each leak has the potential to raise questions about online privacy and the laws against hacking, but this is not where discourse goes. Most people do not talk about the hacker, but instead shift the conversation toward the woman, the one supposedly responsible for the scandal because she consented to take the photos in the first place. The woman’s intention for the photos or her recklessness come into question. Even criticisms about the woman’s body come into play.

But when the photos in question are about a model who has had experience in nude photography and those leaked photos were set to be published anyway, a much more complex idea of consent enters. Jenner’s scandal reveals the need for a deeper understanding of consent and body shaming, which many people may not currently comprehend. 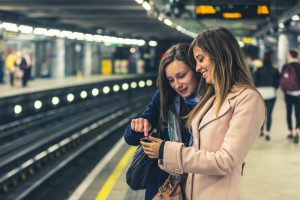 Jenner’s case shows the complex need for consent despite the reason her nude photos were taken. She consented to do a nude photo shoot under the impression that it would be part of James’ series of photos that showed the empowering message of nudity. Her role in James’ series is an artistic one, but this is not the case when the photos were

When Jenner consented to those photos, she was aware that her body would be seen by people who would attend James’ book launch, purchase the limited-edition books, and have the opportunity to look at the books. While publishing her photos and uploading them online have the same result – displaying her nudity to the public – consent is present in one and missing in the other.

For the former, Jenner could choose the circumstances in which people would see her naked. However, the hacker stole her photos and leaked it with malicious intent, depriving her of that choice.

Many may argue that it is a moot point, considering Jenner has already done nude photos in the past, some of which were posted on her own Instagram account. But her past experience does not mean that the breach of data privacy was not an invasion of her rights. Just because she has previously posed nude does not mean her body has no right to privacy now, or that the Internet is entitled to her body.

This scenario resonates with a case earlier this year when adult actress Nikki Benz said authorities dismissed her claims that she was raped while starring in a pornographic film. She had given consent to what the director wanted her to perform, but the scene became more violent than she was informed. She claims that, because of her occupation as an actress, the district attorney declined her case after 16 months of waiting for trying to forward her case to him. 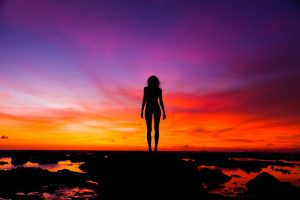 Following the nude photos’ leak on social media, Jenner was met with harsh criticisms about her choice to do a totally nude photo shoot. Her previous projects show her in racy poses with some accessories covering intimate parts, but James’ photos depict her running on the beach, riding a horse, and climbing a tree with nothing to hide her body. What is even worse are the criticisms on her body. Some Twitter posts commented on her body size, saying she is “too skinny and needs to eat,” while others focused on more intimate parts, comparing her body to that of a young boy.

The entire leak highlights body shaming because it shows Jenner’s photo as is, not with the context James wanted to depict her, his other models, and the subject of nudity. Regarding the topic of his book, James says it is a beautiful subject but, “How do we treat it with the appropriate respect, so that the women in these images are champions and not exploited? That is a really hard thing to do.”

Leaking the nude photos, therefore, takes away the context and opens the possibility for unwanted criticisms – just as James feared.

During the 2014 iCloud hack, where many female celebrities’ nude photos were leaked online, actress Mary Elizabeth Winstead spoke out against her detractors, citing that the photos were meant for her husband privately. That did not stop people from assuming the worst about her, subjecting her to body shaming and “slut shaming,” an act that vilifies sexually active women.

Whose Fault Is It?

According to psychologist and gender scholar Peggy Drexler, however, people are less focused on how hackers evade punishment and, instead, debate on whether it is the fault of the woman, the cloud, or the computer program that was hacked.

Some people suggest that the best way to avoid nude photos from being leaked is to avoid taking nude photos in the first place. It is advice many parents provide their children, and yet there is an increasing number of participants following the rise of social media. In a University of Calgary study held this year, 40 percent of a sample of 110,380 teenagers admitted to taking nude pictures. Psychologist Jeff Temple says safety has nothing to do with abstaining from the act of taking nude photos; rather, it is more about understanding how to secure photos properly and sharing them with people they trust.

The fault, therefore, is not in the person or the program but the criminal who hacked, stole, and leaked the photos without the owner’s consent. Unfortunately, the way people respond and pin the blame on the woman’s actions provides the wrong idea on consent and who is to blame for the woman’s nude photo spreading.

Based on social media’s reactions, memes, and criticisms on Jenner’s photo leak, it appears society still has a long way to go before truly understanding the importance of consent and body image. Following the leak, Jenner has remained quiet about the scandal but has cryptically posted a video showing her sister, Kylie, talk about her experience with bullying and the public’s criticisms of her.

As the highest paid model in 2017, Jenner still has a promising modeling career ahead of her and may most likely have more nude photo shoots in her future. There is nothing wrong with choosing to be confident in one’s body, and that is something no hacker can ever take.