The Pasona company headquartered in the heart of Tokyo looks like a regular office—except it’s not. On one of its floors is Otemachi-Bokujyo, an indoor farm that houses goats and pigs, among others.

During lunch and in-between breaks, office workers can drop by here to feed the animals. At least once a week, they open the doors to one hundred visitors who want to spend some time with the farm pets.

In their old office, Pasona also became famous for having one of the most comprehensive indoor farms. When not working, employees planted rice. Fields of broccoli and vines of tomatoes grew elsewhere, from the reception area to the workstations.

In Downtown Seattle, meanwhile, three large glass domes or orbs dominate the Amazon headquarters. These spheres now house more than 35,000 plants that come from around the world. These orbs, all connected, provide natural spaces for work and pleasure for both company employees and the public.

These companies are only two of the many that slowly embrace urban green spaces, boosting the demand for services such as commercial landscaping in Plano.

With a dog-eat-dog competition, companies cannot be complacent. It then begs the question, why are they spending time growing plants and even food?

For some, it’s a strategic move to reduce business costs. Workplace stress is one of the leading business expenses in the United States. According to the American Psychological Association (APA), it costs companies as much as $300 billion annually.

Stress can increase workplace issues, such as absenteeism and employee turnover. Both of these affect the business’s productivity and efficiency. Companies with these problems might end up paying high insurance premiums and workmen’s compensation, as well as change their reputation and branding in the industry.

How can plants reduce stress? That is a complex subject. Despite the many studies that now talk about it, they’re still not enough to provide all the answers.  Nevertheless, one of the possible explanations lies in the attention restoration theory. For people to function well, they need to focus. It, however, can be forced or not. 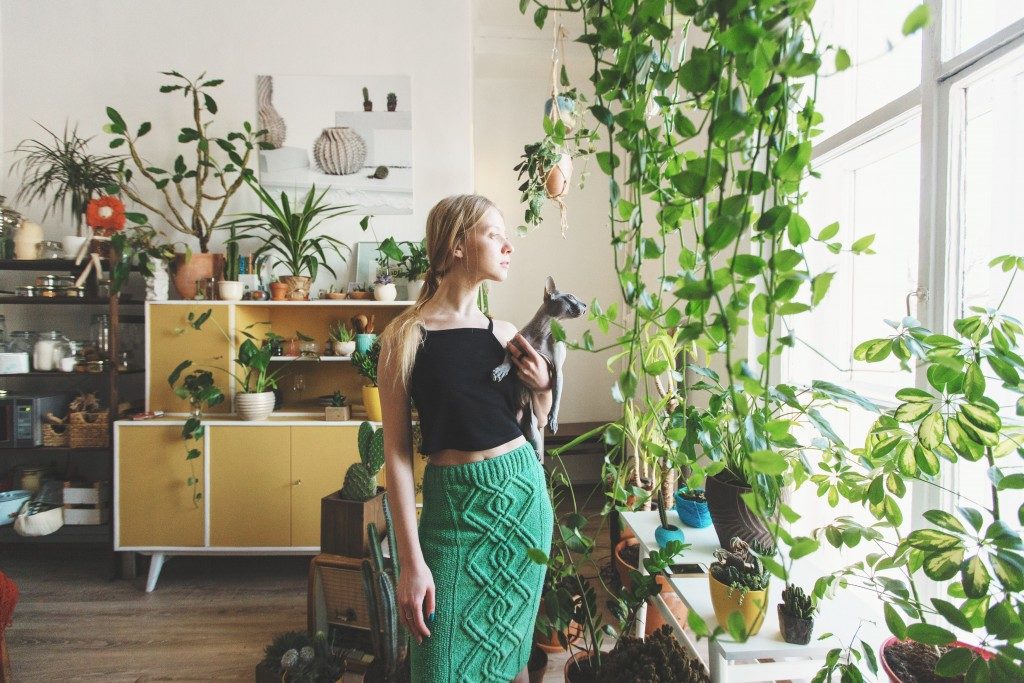 A good example is crunching numbers to create a financial report. Hours of looking into a computer or laptop can lead to blurry vision and headaches. A study, meanwhile, showed that even looking at an image of natural scenery for 40 seconds can already improve focus on tasks. It’s because nature seamlessly commands concentration.

In another experiment, available in 2011 Public Health Reports, also showed similar findings. In this research, the team worked with office staff who had to answer a questionnaire. The questions measured their nature contact in the workplace and its impact on their behavior and health.

The results suggested an inverse relationship between nature contact and general health complaints and stress. The more they spent time with plants, the lesser their stress levels became.

As more people feel stress in their workplace, the higher the healthcare costs can be. This can hurt the business and community as a whole. Urban gardening can be one of the cost-effective solutions to make employees more productive and healthier.