As a law enforcement officer, you must have heard about radar guns that you use to monitor car’s speed? But what are these devices and how do they work? First, RADAR is a revolutionary technology for detecting and ranging radio waves on which these guns depend. The radar gun helps in determining the speed of a vehicle after taking the measurements of Doppler. That is the induced speed of the response to the transmitted frequency from a moving vehicle.

Radar speed guns are also essential in sporting activities to determine the speed of the balls during training and actual games. But, first things first, here is a guide into these speed radar guns:

These guns depend on two modes of operation; constant on or instant on modes. When a radar speed gun is on the constant ON mode, it is hard for radar detectors to notice the transmission. The law enforcement officer can use the police radar gun in any position provided they have the gun in a specified orientation angle. On the other hand, the instant on mode, also known as RF-hold is a mode that the old radar guns operate on. In this type of mode of operation, the law enforcement officer must see a vehicle first before they point the radar gun in its direction.

The radar speed guns come in three classes depending on the operating frequency band. The frequency bands are K-band, Ka-band, and X-band. The X-band is the band in which old radar guns rely on while the modern guns use the Ka-band due to the extensive range of operation they offer. The transmissions of the radar guns have broad dispersion patterns that reflect in various directions. Therefore, a driver with radar detectors can get notification of the transmission and thus slow down their speed.

The Using of Radar Guns 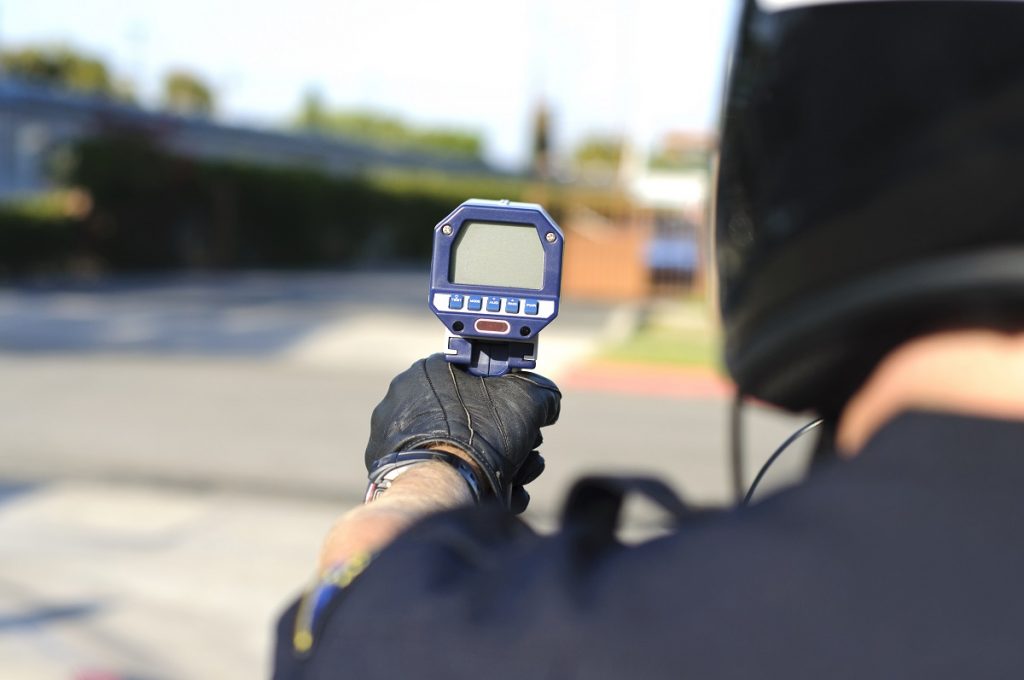 You can use the radar gun in a moving car or when the car is stationary. When the car is moving, it can be hard to get the accurate speed when you have the gun in the IO mode. When the guns are in patrol cars, they use two different transmitters. One transmitter points towards the rear position while the other in the forward direction. That means that the law enforcement officer can detect the speed of the vehicles in front and behind the patrol car. The radar gun does not pinpoint the exact vehicle that shows the high-speed readings. That calls for confrontation by the officer to determine the particular vehicle that is exceeding the speed limits.

Radar speed guns are essential tools in maintaining law and order by monitoring the speed limits of vehicles on the road. It is thus essential that law enforcement officers use the right radar guns depending on their intended application. Purchase options of police radar guns vary with the distance of the target vehicles from the radar gun, and their mounting, cost, and size. Therefore, first sample the different radar guns from your supplier and choose one that is most suitable to your application.